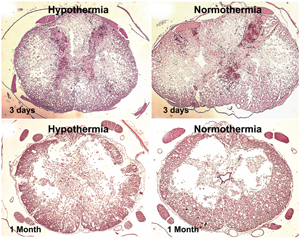 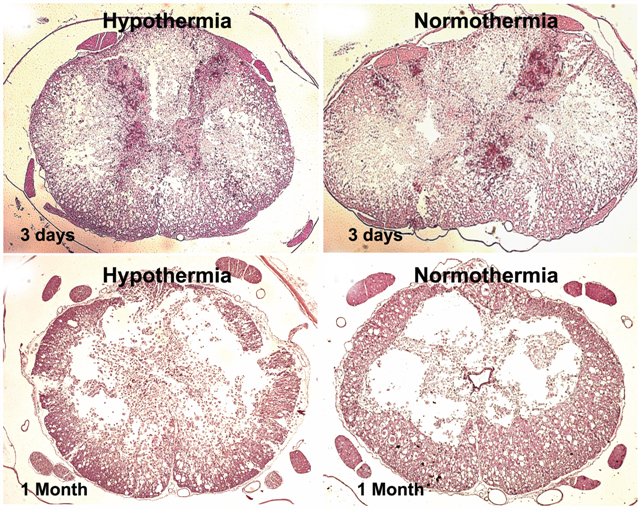 Acute treatments for SCI are especially significant since a majority of injuries are anatomically incomplete. This means that there may be anatomically intact but electrically defunct axons that are still across the site of lesion. Hypothermia is thought to provide protection for neurons that have an increased sensitivity to the secondary injury. The purpose of hypothermia is to reduced further neural death after the initial SCI and to reduce the secondary inflammation.

There are two major methods for inducing hypothermia after injury:

We are currently investigating effects of systemic hypothermia by focusing on the changes in our electrophysiological markers due to early hypothermia after injury.

We have shown that a single, acute administration of hypothermia can potentially provide a long-term functional benefit as measured by somatosensory electrophysiological measurements as well as increasing motor behavior scores. Two hours of early moderate hypothermia initiated within ~2 hours after injury lead to sustained improvements in somatosensory conduction indicated by SSEP waveforms, higher BBB scores and reduced tissue damage up to 4 weeks following injury. Preservation of SEP pathways early after injury suggests that acute hypothermia may be potentially beneficial for long-term recovery. 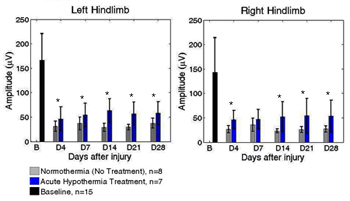 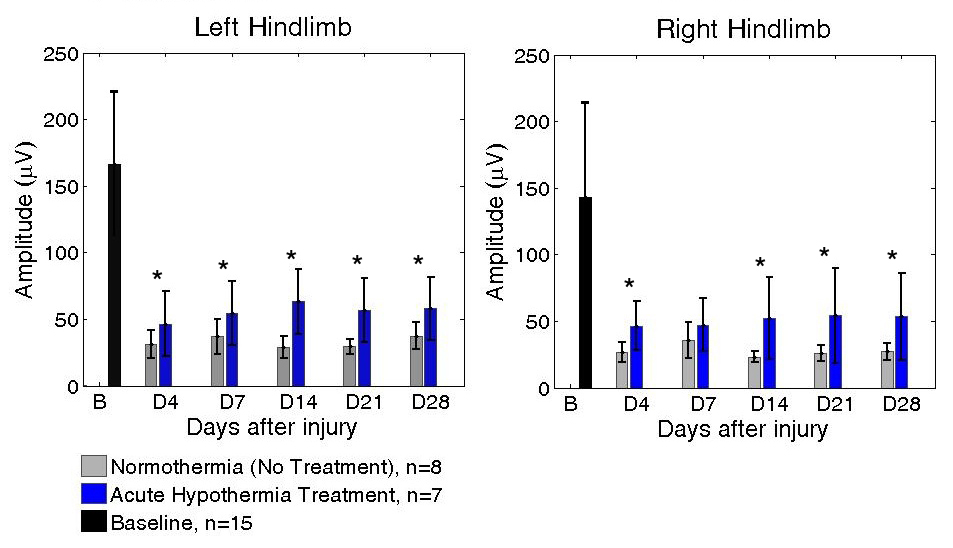