We are able to monitor the changes in cortical function that occur over the weeks following a spinal cord injury. We measure these plastic responses in the brain using our advanced SEP monitoring setup. Our results have shown that after an SCI that injures hindlimb pathways, the previously allocated hindlimb cortical regions become activated by forelimb stimulation. This suggests an expansion in the area of cortical forelimb representation into hindlimb regions after an injury. This result is indicative of adaptive plasticity in undamaged areas of the central nervous system following SCI. 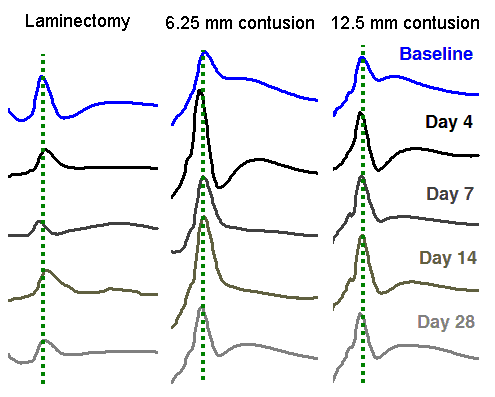 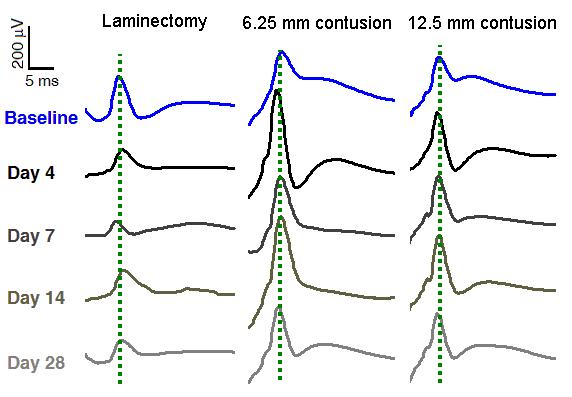 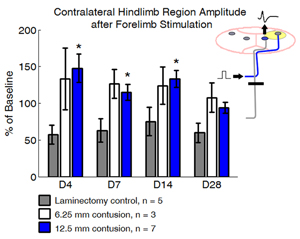 Increased SSEPs are seen from the hindlimb region during forelimb stimulation. This suggests the forelimb region of the cortex is expanding after injury and is considered plasticity. (1)

We are also able to monitor plasticity using functional magnetic resonance imaging (fMRI). Other groups have also reported an increase in cortical fMRI responses in the forelimb somatosensory cortex due to forepaw stimulation after a spinal cord hemisection; and that the area of activation in the cortex expands into the previously mapped hindlimb area that suggests rewiring mechanisms (3). The image below is one wer acquired that illustrates this phenomenon.

Functional magnetic resonance images taken from the brain of an injured rat. When the right forelimb is stimulated, you can see not only the normal strong response in the left brain, but also a new ipsilateral signal in the right brain. (2) 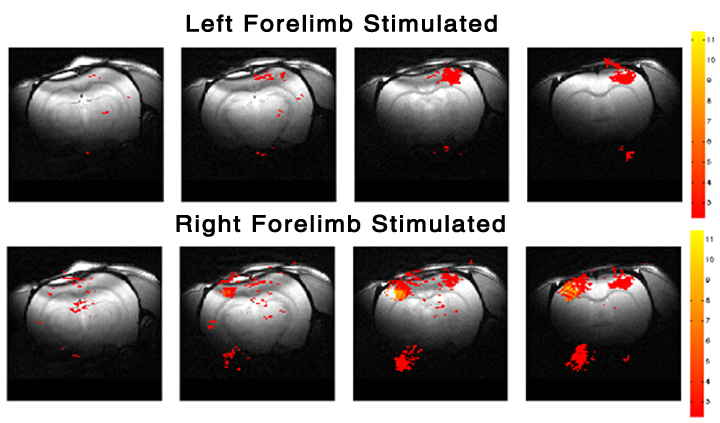